I was really hoping to make a new Christmas Card this year in a similar epic style as 2010's Chrimbo but unfortunately never got down to it in the end. I have however, started working on the GANTO: Renaissance Pre-Production work again and have successfully entered the work I've done so far into a "future arts" competition, just as I said I would last month. Not exactly a "Christmassy" update I know BUT it's better than nothing plus, it's a film project I really want to make sooner rather than later in future anyway so in that sense, it's kind of relevant to the whole "New Years" theme. 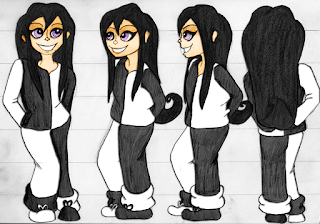 Just showing a few samples I've entered, above is a coloured version of Cleo's turn-around sheet. I've got to be honest I'm so glad I went back to tweak this, it looks so much more professional now and just goes to show how seriously I'm taking this project. Really hope this is strong enough for the Judges
GANTO Renaissance Animation Tests 1 from Noor Mula on Vimeo.
Above are a couple of rough animation tests I created two years ago. The key for me personally is the more frames, the better. Saying that, I'm really not sure I'm going to re-use the above animation shots in the re-make, but it is good enough evidence for the Judges to consider for my entry. I'll find out in March 2013 whether I've won, so we'll see.

Speaking of working on old projects, anyone remember the Salvador's house party illustration I was working on as well as showing what parts I completed so far? Well the good news is I've started working on it again! 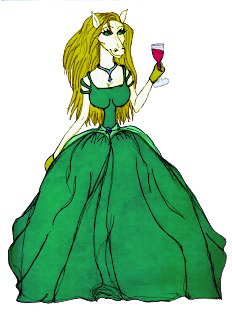 Above is Salvador's lovely girlfriend, looking all stunningly glamorous and classy ready for the awesome par-tay! 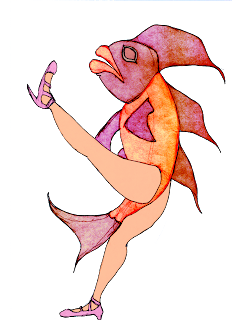 And here's the dancing fish. I see he/she hasn't stopped boogying since we last saw him/her! 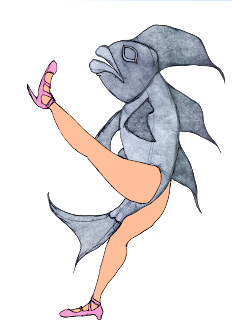 Hmmmmmmm? So this must be his/her cousin.

And before I bring this latest update to a close, a little reflection on my 2012.

Whilst this year has been miles better than the horrible, HORRIBLE 2011, neither was it as great as I was hoping it to be for me. Don't get me wrong, nothing tragic happened to me (thank God) but it's one of those feelings where you know you could've done better as well as make better choices. Looking back I think the problem for me was the fact that because I'm trying so hard to break it in the animation world, I just started to work on too many personal projects, trying to enter too many comps and desperately trying to find any work placements, therefore I'm sad to say I ended up wearing myself out (doesn't help that I've become a big recluse since Graduating too). So if you're wondering why you haven't seen any new work I've done for Al Pasheepo recently, that's why. On the plus side, at least I can look back this year and see how to improve myself for next year. When it all comes down to it, the key is to keep going and not give up! No matter how hard and even upsetting my journey currently is, I will NOT rest until my dream becomes a reality! So it's goodbye 2012 and here's to 2013, let's hope this will be the year I'll finally achieve my dreams once and for all!

Well, that's all for this year folks and until next year (well, next month to be more precise)...

See ya later Navigators and have a very Merry Christmas as well as an awesome New Year! :D