Hey Peeps! How are you all doing on this fine, joyous...Errrrrrrm occasion? Anyways yes, it is I once again bringing you all a slightly different update from usual.

As many of their fans probably know by now, the Ska Punk band No Doubt have reunited after a long hiatus and will be releasing their sixth studio album "Push & Shove" as well as it's lead single "Settle Down". To celebrate this occasion, No Doubt decided to launch an art competition to help publicise their latest releases. In return we get AWESOME PRIZES which I will not reveal so nah! Anyways, after reading about this, I of course decided to enter and behold, here's my entry. Just like the last comp involving my film Bitter Critter, this latest comp also requires The People's Choice and the Judges' Vote (who will be none other than No Doubt themselves), so once again Peeps I'm in need of your help to at least stay in the Top 50 to help increase my chance of winning. The higher the vote, the more chance the Judges will take notice of moi's entry. The choice is up to you of course, I won't force you (obviously) but if you do take the time to vote for me, I'll be eternally grateful.

Of course due to the competition rules, I am not allowed to post the final image on my Blog until the winner is decided so instead, I'll just post all of it's separate pieces to give you all a slight "behind the scenes" look of how it's made... 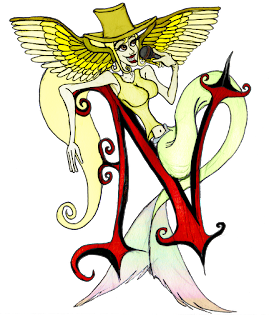 First up is the female artist and lead singer of the band Gwen Stefani, sitting on the letter "N". I decided to turn here into a singing siren while still maintaining her cool self by giving her a top hat. I hope I succeeded in that regard... 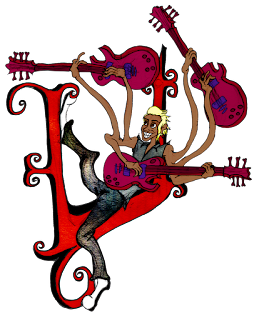 Next up is the band's bass guitarist Tony Kanal, sitting on a letter "U". Since my art piece is intended to be surreal, TK just simply sitting on the "U" and still looking normal looked a little too out place compared to the others. So to compensate this, I decided to give him extra arms growing out of his arms, why? Because I can dammit! Do NOT question surrealism! 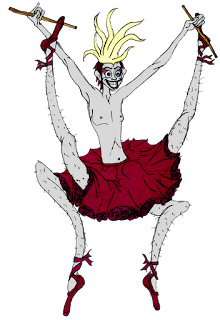 Up next is everyone's favourite eccentric drummer and comic relief of the band, Adrian Young. I have nothing to say about this except that he was hands down, the most funnest one to draw, period! 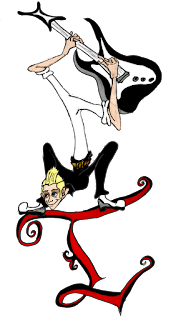 And last but most definitely not least, is the band's guitarist Tom Dumont, standing on the letter "T". For good ol' Tommy boy here I just thought it'll be fun to have his head on the bottom of his body instead of on top...As I've said before DO NOT QUESTION SURREALISM!!!!! 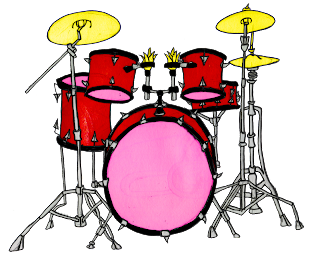 Now onto the rest of the letters. Since No Doubt has two "Os" written in it's name, I decided to be a bit of a smart-arse and just design the Drum-Kits to represent the "Os". I'm sure having two of these would make Adrian Young a very happy man. 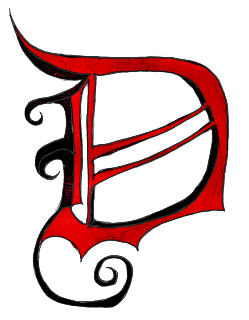 Speaking of which, here's the letter "D" I got him to stand on in my final piece, not to mention that the "D" is between the "Os". Aren't I such a thoughtful person? 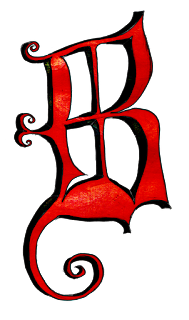 And last but not least of the letters is the letter "B" and...That's it, just a simple "B". 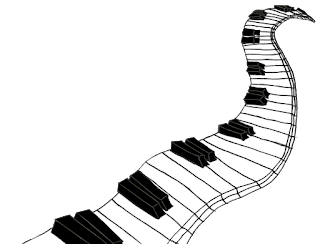 Now onto the floating instruments of the backgrounds! First up is the flowing, Piano path. Don't know about you guys but I kinda want to slide down and play on this, looks fun! 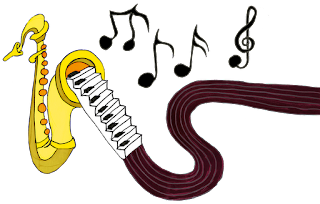 Next up a Saxophone, vomiting out Piano Keys and more magical...Errr...Stuff. 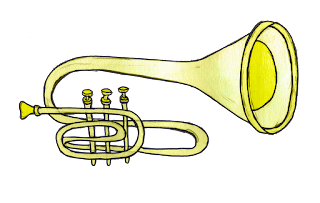 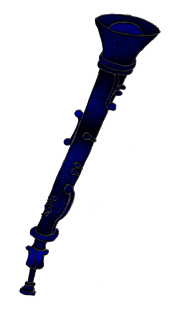 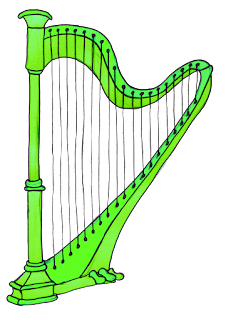 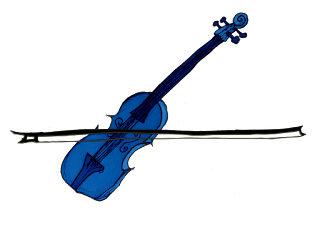 And of course last but once again not least, a Violin. And together, by the power of No Doubt, they float everywhere yay!

And that's all for my little "behind the scenes" look. I have to say I really did have a lot of fun making this and would really love for this all to pay off. Remember folks, all you have to do is Vote to keep me at least in the Top 50 to increase my chance of winning the Judges/No Doubt Vote. If I mange to get into Top 10, even better BUT Top 50 is a definite must! I have to say, I am little nervous to be honest. All I could do now is wait and really do hope they like it.