Hey Peeps! It is I once again bestowing upon you all, MORE of my personal art!

And yes, first things first, I'm finally showcasing my film "Bitter Critter" on this very Blog, I'm so sorry it took this long. So without further ado, enjoy the film and please, do let me know what you think.

Also, I'm pleased to announce that "Bitter Critter" has been entered into this competition  for it's chance to be featured at the Palo Alto Int'l Film Festival. Although the Judging Panel will make the final decision for which entry to win, I still need an awful lot of Votes for "Bitter Critter" to at least stay in the Top 50 or ideally in the Top 10 to increase my chance of winning. The higher the Vote, the more likely the Judges will take notice of it. So if you've enjoyed the film or even just like my work in general, please do support me and Vote! Every Vote counts and I'll really appreciate it, thank you.

Now moving on, I've been doing an awful lot of writing/script-writing, animating and illustrating for various different competitions recently, which I personally would love to show you all, but unfortunately due to the various different competitions "Rules & Conditions", I'm not allowed to post any of them up until a later date, which I can only apologise for. So to make it up to you guys here are the various, experimental sketches I've done of in-animate animals when I visited The Natural History Museum with my buddy Ling. 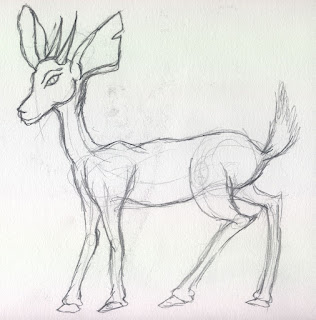 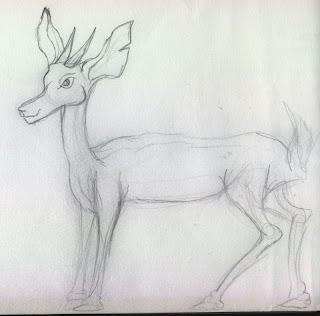 Now believe or not, the top two images are sketches of the exact same creature, which I decided to draw twice. It's amazing how different an image can be when you draw it the second time. Personally I like the top image the best but that's just me. 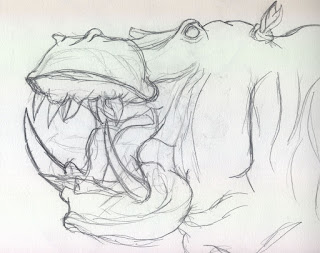 Tip: If you want to design really scary looking monsters, always start by sketching animals first. Above is an image of a Hippo, who would've thought Hippos could look this scary?! 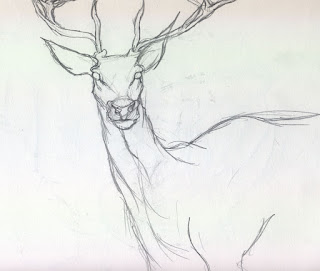 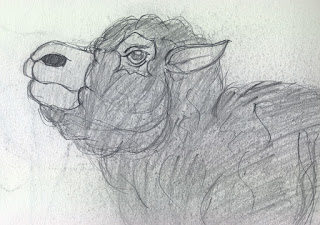 And finally, an ancient Mutton who's NOT dressed itself as a Lamb (thank God)!


Well, that's all for now folks, until next time...