Emos & Vampires & Tentacles & Wings...Unlikely Heros vs Evil Forces Of Negativity...These Are A Few Of My Favorite Things! ;D

Greetings and salutations my wonderful Peep Peeps! It is I once again bringing you more Illustrations from the Vortex of a far away Galaxy no man has ever stepped upon...Otherwise known as...My Brain! (doesn't sound as exciting does it?)

As promised from my previous Update I shall now introduce the three key characters I've come up with for a Comic idea of mine.

First up...Kosiah! That's right Kosiah is finally here and as you can see he's a much more better, improved version of Phillip The Mutant Vampire. 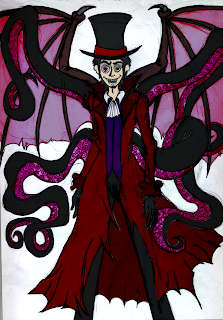 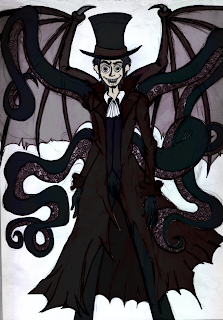 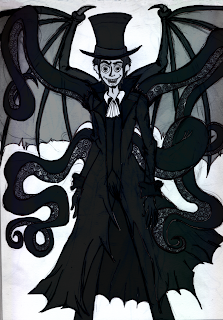 Kosiah is "The Mentor" you could say of my story. He's a mutated Vampire with a great thirst for blood (obviously) and a weird appetite for Cucumbers. With his wings and tentacles proving to be great advantages for him, he's an extremely chilled out guy willing to try out everything and anything. As well as livening things up however, there's nothing he despises more then ungrateful people who give up on life far too easily and wouldn't for minute hesitate giving them a SMACK around the head (He'd smack you even harder if you read Twilight)! O_o 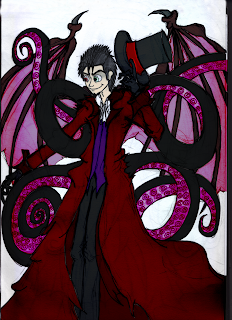 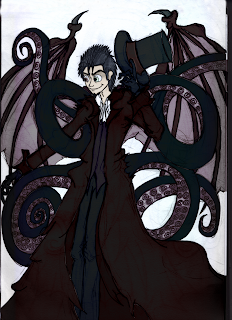 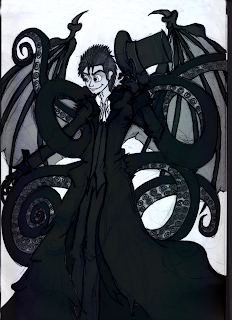 Kosiah believes life is whatever you make it and can be a fantastic thing even if it's something as small as lying on a Grass. According to Kosiah if you're going to end your life just do it otherwise shut up and do something about achieving your Dreams.

Now on to the main character. Meet Leora! (Hate to say it but she ended up looking just like me EEEEEK! O_o) 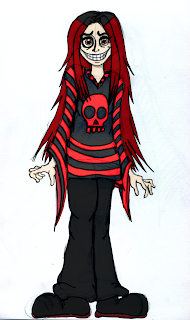 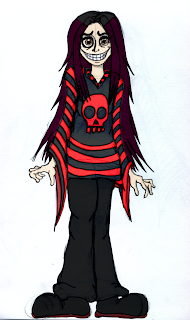 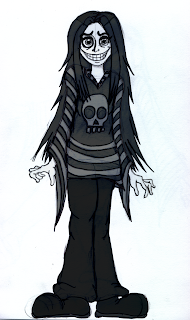 Leora is a struggling Artist trying desperately to get a Break. No matter how hard she tries Leora always ends up putting herself down believing she's never going to make it. She has also recently fallen out with a great Friend and clings on for dear hope that one day they can make up and be fantastic allies again (perhaps the only positive thing she's trying to do). In her spare time Leora sometimes, for the Lulz (God how I HATE using that word) experiments with Magic which she doesn't believe is real...Or is it? If only she knew what damage she's capable of... 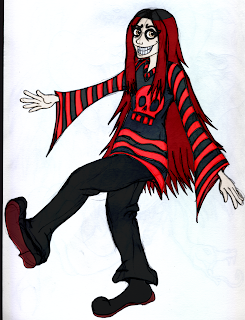 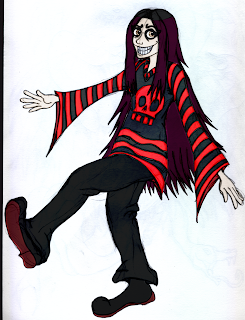 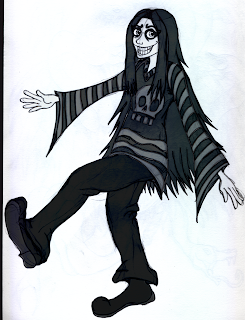 I've always intended for Leora to have Purple hair. However, my friend Kristin suggested I should try giving her Red hair instead. While she does look good with Red hair however...SHE LOOKS TOO MUCH LIKE ME!!!!! O_o I don't know, I'll figure it out later. 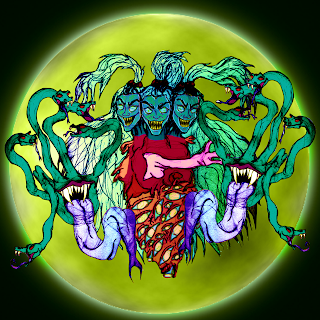 The Demonic Heart Of Negativity...Actually let's just call him Christopher...Is an evil, grotesque looking Heart shaped spirited being with three heads and multiple eyes. He also has two gigantic mouths on his floating hands and snakes for his fingers making it easier for him to coil around his prey. Christopher loves exploiting peoples weaknesses of negative thought. He goes out of his way to use his powers to shatter people's dreams to the point where they lose all hope. That's when he ceases his chance to devour them! O_o

Now that you've met the characters what is my Comic story about? That's what I'm still trying to work on, right now it's just still really rough. Going to have to plan it out really carefully and once that's sorted hopefully I'll begin throwing out the Series of Chapters soon. But like I said, I want to make sure it's well written first. Don't want to rush it and just churl out any old crap for the sake of it so please do stay patient. :)


Well that's all for now folks and until next time...