To Be Or Not To Be...Seriously what now?

Hey Peeps, it is I once again this time, unveiling art work I wasn't allowed to post onto this Blog until now.

As many of you know by now I've been entering a lot of competitions recently as well as working on a couple of personal animated work. 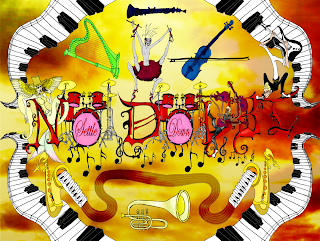 Here is the actual art work I entered into the "No Doubt" competition to celebrate their comeback from a long hiatus. 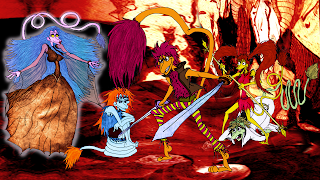 And here is the art work I had made for the "Fraggle Rock" competition to celebrate their 30th Birthday Anniversary. 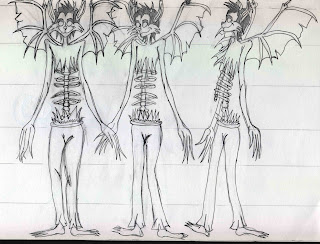 Up next are the character design sheets I created and entered along with my script in the "Imagination Series" script writing competition, starting with the character design of Devil Bunny. Many people who know me would know that I've had this character in my mind for years. I didn't know what to do with him until I thought up this story and hence took this opportunity to re-design him more to my liking. 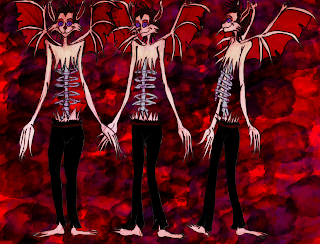 Not much different, just a coloured version of the design. 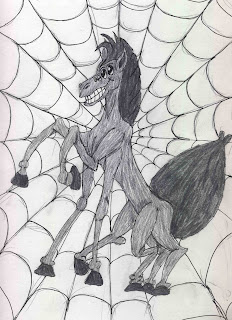 Next up is Spider Pony! Now this character is a new one I thought up. I wanted to create a monster who should be scary but just simply isn't. Now let's be honest folks, what could be less threatening than a Spider Pony? 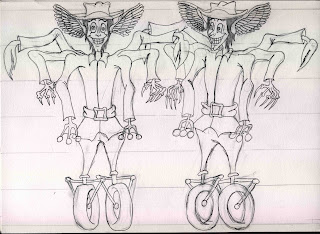 And here's our good old friend Sergeant Nutty again! Sorry for re-posting him folks but I did manage to find a role for him in my written script, so it only felt right to include him upon this update of mine. 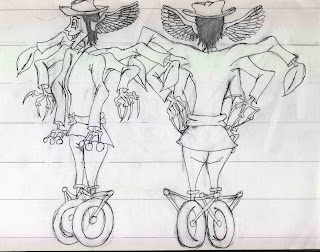 Now that I've shown you all the art work I wasn't able to post here until now, let's talk for a bit. I'll be honest with you all, right now I'm in a state of Limbo. I don't know if I'm doing anything right or wrong. I always knew this was never going to be easy but with such a lack of support, I just feel like I'm not getting anyway and I've been trying everything. I really don't know what I'm doing and I really do want to go down this path so badly! Right now I feel so alone, what do I do?

Sorry to go all Emo on you lovely folks, just needed to get that off my chest and rest assured I have NOT given up! I'm just in a bit of a "downer" mood at the moment.

And before I bring this latest update to a close, please Vote for moi's Showreel here.

Well, that's all for now folks and until next time (and hopefully in a much more happier mood next time)...