Hey Peeps! It is I once again bringing more Updates in perticulor...THE SQUIRREL!!!!! :D
Here are the Character Turnarounds I've done of my little Bitter Friend to help me develop him into a more 3-Dimensional Character and life like...In my very own Surreal, Twisted way! :p 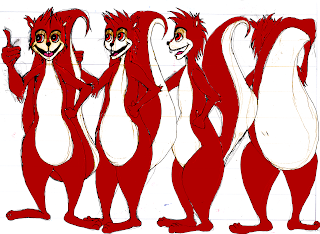 The Squirrel in his young, handsome, cutesy, wutesy cheerful self Turnaround.
In case your wondering he's meant to be doing a thumbs up but it backfired and now his hand gesture just looks...Weird. :/ 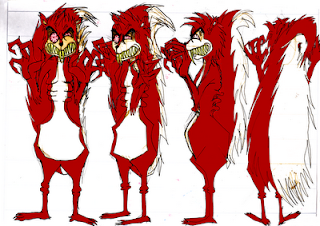 The Squirrel in his older, ugly, angry, miserable bitter self Turnaround.
Even his Teeth and Claws are starting to look monsterous now haha! :D 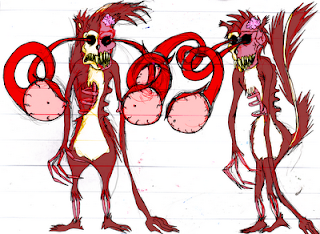 The Squirrel in his even MORE, uglier, angry, miserable, depressed, brittle, rotting bitter self Turnaround.
I have to say this actually turned out much, MUCH better than I expected haha! :D My favorite Design so far. :) 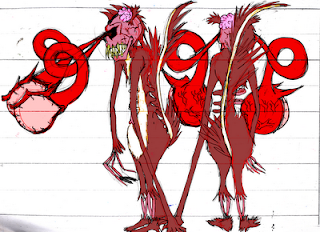 Yeah, his Turnaround was quite big hence why I've done it on 2 Sheets of Paper! :p
Well that's all for now folks and until next time...