Ahoy there Peep Peeps! It is I once again bringing you the latest developments towards my new animated short.

As you may have remembered from my previous update, I've created quite a lot of new side characters  and thus needed to create turn-arounds for them (and possibly simplify them too). Suffice to say these took a lot more to create than I intended but never less, I've completed them now so without further ado lets take a look shall we? 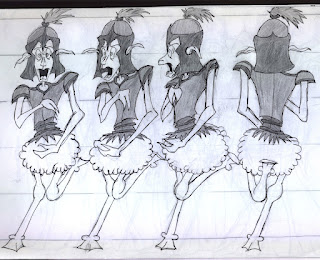 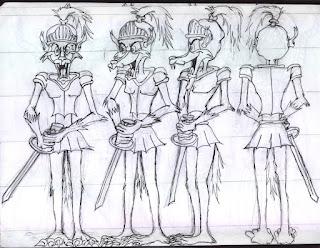 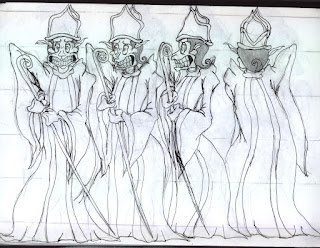 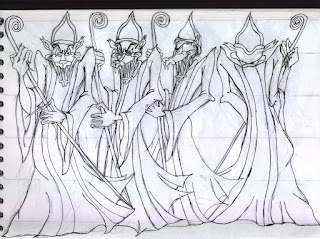 And now onto the Bishops, from above the Bisheeps of the Sheep Kingdom and below the Bisholfs of the Wolf Kingdom. Again not really made much difference from either them to be honest and as for the walking aspect, I'm seriously considering having them float in a sort of ghostly/wizardry way? Not sure yet but I'll keep thinking about that until the time being. 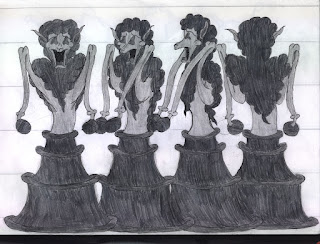 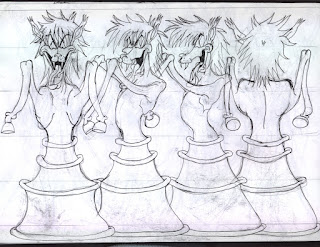 Next up the alternate universe type horses, otherwise known as the Sheores (above) of the Sheep Kingdom and the Wolorses (below) of the Wolf Kingdom. At first (being perfectionist moi of course) I didn't really like how I drew the front legs at all, however, shocking enough they've actually grown on me and now I believe they do work. To be honest I was never planning on animating them realistically anyway so for that purpose alone it works but what do you guys think? Don't be shy to let me know. 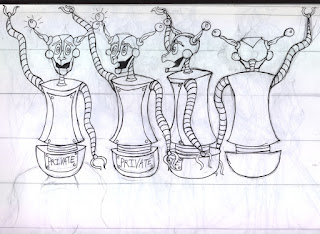 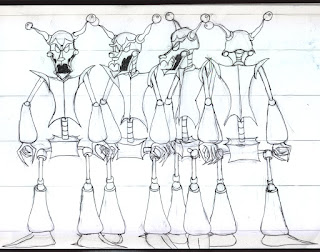 And finally the Robots (in the role of the Pawns), the above image being that of the Sheepbotics of the Sheep Kingdom and the below image being of the Wolfbotics of the Wolf Kingdom. The Sheepbotics still looks exactly the same except I'm still not quite sure about what sort of legs to give them yet, whilst the Wolfbotics on the other hand now look completely different due to how difficult their previous design were to animate. These new designs should now be a little bit more easier to animate.

Next stop, the Storyboards and the Animatic! So watch this space...

And before I bring this latest Update to a close you may have noticed I've gone back to my previous form of Updating once a month. The reason for that being is because whilst working on my animated short, I'd like to present my work in good quality for all to see. If I can update more than once month than fantastic and I really hope to go back to that format too but for the time being I'm going back to updating once a month so please be patient everyone.