All Hail Thy King Fritz!

Hallo Peeps! It is I once again with a relatively short update but with good reason.

For this month I was really hoping to post a couple of new animation tests for GANTO but sadly due to unforeseen circumstances I've had to delay it for the time being. Hopefully I should be able to post the animation tests for next month's update but for now I'll just show what else I've been up to...

Remember the client based work I did back in January for a lovely German woman by the name of Valeria Coots of her sister's Dog named Fritz? Well, after much feedback, constructive criticism and a couple of tweaks here and there I have finally finished it! 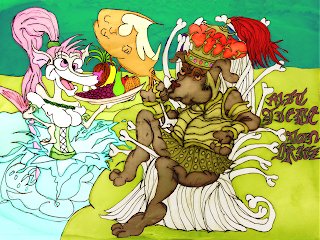 Viola here is ze result! I tried to keep the actual colouring within the Bavarian German culture scheme as close as possible whilst still making the image about King Fritz only. So much so I've even done one version with King Fritz on his own without Heidi the cross-eyed Possum... 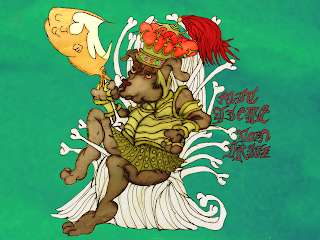 I've even taken the liberty to write "Mit Liebe Von Fritz" in which from German to English translates to  "With Love From Fritz".

All in all after sending these final imagery to Valeria Coots let's just say I've had one happy customer as a result.