"THE BITTER SQUIRREL": NEXT ANIMATION PROJECT

Yes it is I once again to inform you of my next Animation Project "The Bitter Squirrel".

Now as you all know by now I have been working on this for some time and whilst I'm still in my Pre-Production Stages I have however decided to keep you all Updated from time to time. :)

Here are the Character Design Sheets of the Title Character himself. You may be thinking "But wait haven't you already Designed him?" Well yeah but as much as I LOVE that other Design I do however feel that body wise he'll be too hard to Animate, not impossible just hard. Personally I'd love to do it the hard way but my schedule is quite tight so it's not really the best idea for now. 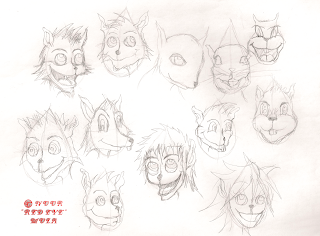 Original Designs of the Squirrel Character Design Re-make and as you can see I tried out lots of different Styles to make this work.

You're all probably thinking "Why the HELL is he smiling?!" Well there's a good reason for that...It's his Younger Years when he was so happy and Free-Spirited before he became a Bitter Asshole! :p 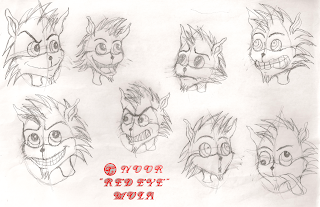 Chosen Design right here experimenting with his 1 Year old self (that's 20 in Squirrel Years so he's NOT a Baby just to make that clear) Facial Features.

I haven't really done much of this because it's more his older self I'm concentrating on to be honest. 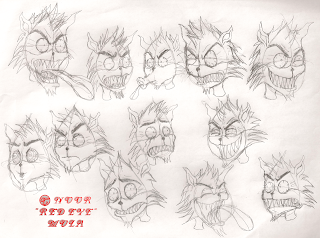 Here he is as his much more Older, Uglier self and boy does he look Pissed and Bitter now! :p 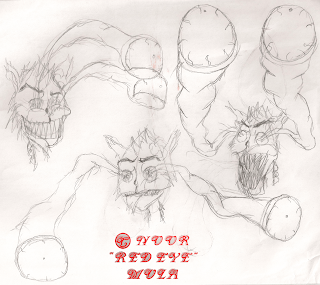 Did you know that Squirrels only live up to 6 Years if, IF they're very, VERY lucky BUT NOW...

He's of course gone WAAAAAAAAAAAY beyond 6! In fact he's over 20 here!

It so bad even his Eyeballs are Bulgingly Popping out! O_o 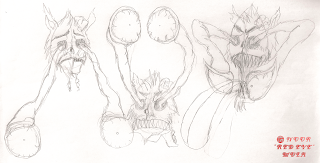 Yeah his Popping out Bulging Eyeballs took up an awful lot of space so I had to continue the Facial Feature Experimentations on another Sheet of Paper. :/


From the Feedback from my fellow Peers I got I'm aware that he looks like a Cat so don't worry I'm already on the case to tweak this problem but for now I'll just show you guys what I've done so far as well as constantly Updating this to show the current work in progress.

Any helpful tips and Feedbacks would be very much appriciated.