Hey Peeps, it's me once again with sadly some bad news.

Unfortunately my Laptop, the one key equipment I use to create/edit some of my animation and art work, is currently having technical difficulties and thus is not working properly at all. Therefore I'm sad to say it may take me some time to update this Blog again. Don't worry I'll still carry on creating my personal projects but just so you all know, it's likely they will not be finished for a while. I'm also still planning on keeping up with my "at least once month update" motto but just in case you don't see another update from either within this month or the next couple of months, at least you'll know why. And just in case you're wondering how I'm updating this Blog right now, I'm actually using my brother's computer at the moment.

Now with that bad news out the way, onto what's happening to me animation wise. Now I'm sure most of you remember the Al Pasheepo project I've been trying to make but does anyone also remember this secret project I was making around the same time? I've also taken the liberty upload some character turn-around work I've also done for the latter project... 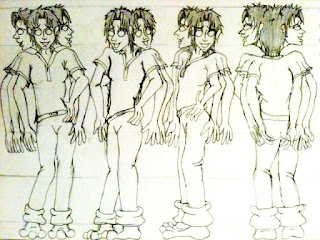 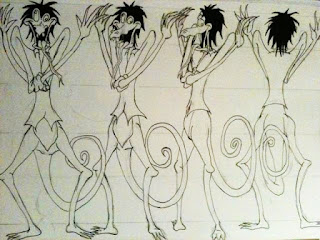 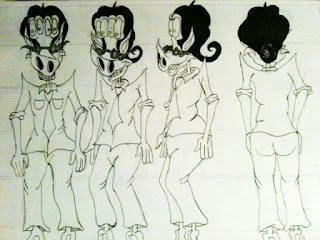 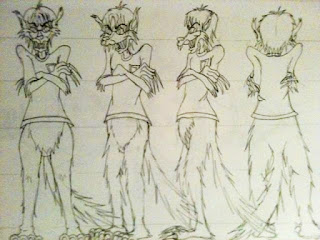 What about both these projects you ask? Well, in honest truth I was hoping to create both these shorts at the same time but it proved to be a little too much for me, therefore I have come to the conclusion that I must complete only one of them as of now. This has been an incredibly hard decision, but I've decided to put Al Pasheepo on a longer Hiatus and carry on finishing the "Secret" project which you're seeing right now.Why have I chosen this project to complete? While thinking about it, I've realized that I've actually completed more animation for "Secret" project than I have done for Al Pasheepo and that's what it all came down to for me personally. Does this mean the end of Al Pasheepo? Hell no! I will go back to Al Pasheepo as soon as I've finished this.