He is the creature of the not so scary night...He is...DRAGON CAT!

Howdy Peeps! It is I once again bringing you another random make believe creature I just thought of out of boredom.

I couple of weeks ago I didn't really have anything better so I just decided to look up some of the things I really like such as Dragons (my favourite mythical creatures), Cats (my favourite animal) and different legends, myths and folklore from around the world. The more I researched, the more I thought to myself "why don't I create my own mythical creature?" 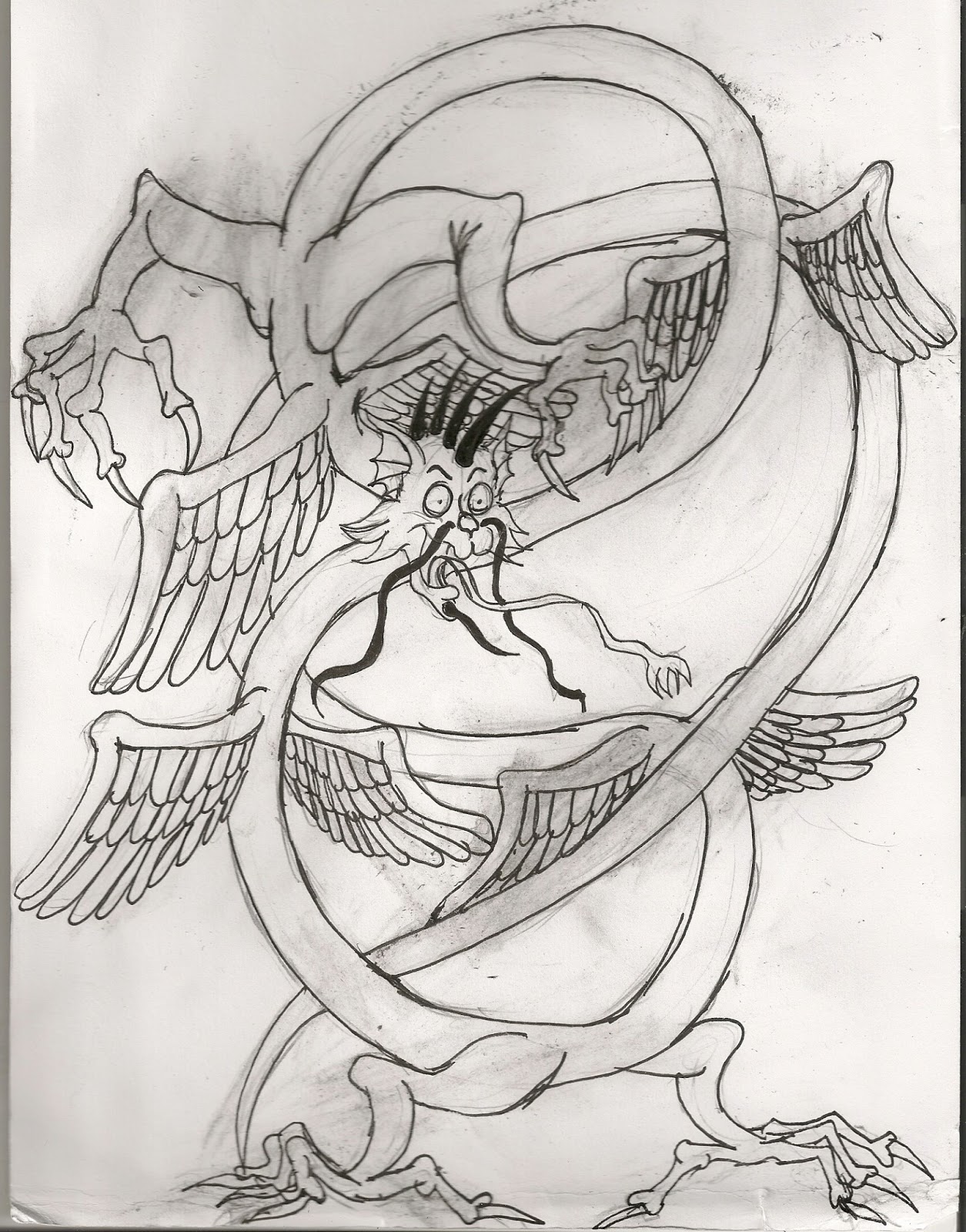 And viola! Here is the result! Dragon Cat is a lovely, friendly creature who loves children and always wants to play with them. Unlike everyone else, Dragon Cat always knows the truth and gets pissed off whenever someone who he knows for a fact is guilty of murder, is found not guilty instead. So much so he goes out of his way to devour the killers alive and then poop out their bodies to be recycled as toys for children all around the world to play with and knowing how aggressive children can be with toys, these murderers will suffer eternal pain! That is the wonderful power of Dragon Cat. Oh yeah and apart from murderers his favourite foods are Dogs and Politicians (the really bad ones).

Normally I would've coloured this with Photoshop by now but since my Laptop still isn't working I am now considering colouring this in paint instead. In fact I might just do that, I'm getting really sick of posting everything in B&W of late.