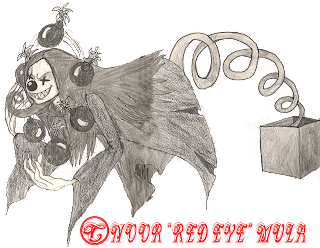 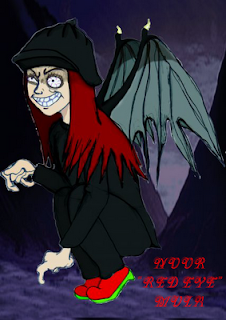 Hey! I know I said I was going to Update this but I've been extremely busy working on a Film Project called "GANTO".
Unfonately the project did not end well at all. :( But no worries I will start working on the Project again in the future and I truely hope to God it'll be the crazy, wonderful Film it was supposed to be. :D
In the mean time I'll just concerntrate on the new projects for now. I've got so many ideas to flourish so why waste them?
I'll be Posting some Illustration and Animation work from time and time again.
In fact after this LOOOOOOOOOOOONG overdue Update I'm going to be gathering up the Illustartion works I've done so far and Posting them here as soon as possible so keep your eyes peeled! ;)
But for now see ya later Navigators! :D
Noor "Red Eye" Mula