Who Thou Said Women Shalt NOT Be Kings?

Ahoy there Peeps! It is I once again bringing you more creativity I have catered up within my room!

This won't be a very long update though. Originally I was going to post more about GANTO again but because I'm still working on the animation tests I'm not very comfortable showcasing unfinished work, therefore I'm going to leave that until the next Blog update for now and just show my illustration piece instead. 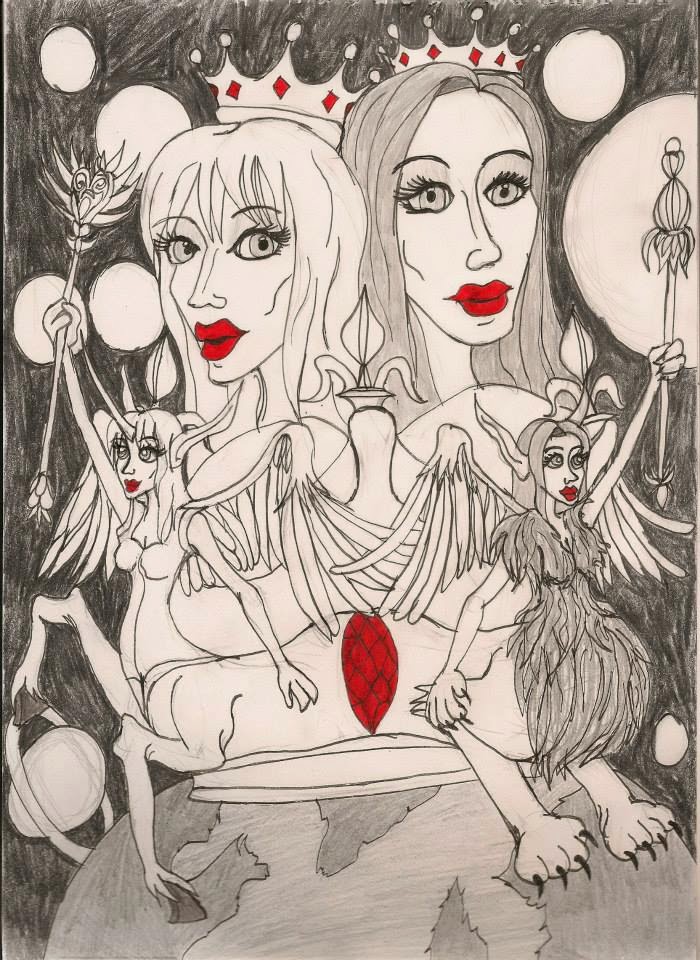 The above image is actually that of the Pierce sisters Alison and Catherine becoming Kings and ruling the universe in freedom. So where did this idea come from you ask? Well, from this song below, appropriately named "Kings" by the sisters themselves.
My above illustration has been entered into another Talent House competition and the voting is currently open NOW! So if any of you wonderful folks could help me out here and Vote for moi I'll forever be grateful, thank you.